When we are MIGRATED TO UNIVERSAL CREDIT WHAT HAPPENS WHEN I'M 66? — Scope | Disability forum
Find out how to let us know if you're concerned about another member's safety.
Read our community guidelines and our community house rules.

When we are MIGRATED TO UNIVERSAL CREDIT WHAT HAPPENS WHEN I'M 66? 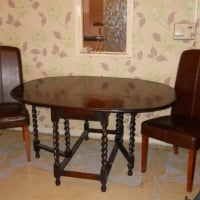 teejays1617 Member Posts: 92 Courageous
March 2019 in Universal Credit (UC)
Can anyone tell me when I am NATURALLY MIGRATED ACROSS TO UNIVERSAL CREDIT
and I receive SDP and EDP what will happen when I become retirement age at 66 ,three years time?
Does my claim for Universal Credit carry on ? or do I claim Attendance Allowance
I am very confused
Also what about PENSION CREDIT?
0 · Share on FacebookShare on Twitter