PIP - the big picture — Scope | Disability forum
Find out how to let us know if you're concerned about another member's safety.
Read our community guidelines and our community house rules. 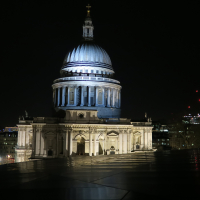 Fitznspatz Member Posts: 45 Courageous
March 2019 edited March 2019 in PIP, DLA, and AA
My wife was successful in switching from DLA to PIP but, looking at so many other stories on this forum, I sensed she was very lucky. With this in mind, I decided to look at the bigger picture. The data presented here relates to GB and not Northern Ireland.

* Since PIP began just over 4 million people have claimed and 3.8 million claims have been dealt with.

* Of the people who have claimed, nearly 40% had previously had DLAs and the rest, just over 60%, are new claims.

* 55% of claims have been awarded. The rest rejected or withdrawn.

* Of those who were awarded a claim, 18% received the highest rate for both components.

* 20% of those who asked for an MR had the decision reversed.

* I have not been able to find out what % of people who were unsuccessful with their MRs went on to argue their case at a tribunal but elsewhere on this forum it says that 73% of tribunal appeals are successful if you attend the tribunal in person. ##

* Of the people who switched from DLA to PIP, 39% had their benefits increased, 14% are unchanged, 22% had benefits decreased but not stopped entirely and 25% lost their benefits.

Can I just add that I do not work for ATOS (somebody on this forum asked me if I did) nor Capita and, indeed, I have never been a medic or para medic in my life. I have unfortunately spent a lot of time in hospital waiting rooms!

## Editing this to add that I have just been researching the number of MR refusal cases that go to appeal. I was not able to corroborate the numbers myself but in the Daily Mirror they quoted government statistics saying that about 554,000 appeals have been made. Putting this in context, 227,000 people won awards at the MR stage so are unlikely to go to appeal whereas 861,000 were unsuccessful with their Mandatory Reconsiderations.

Summarising, if your PIP is turned down ask for a Mandatory Reconsideration where the success rate is around 20%. Of the people who are unsuccessful with an MR, just over 60% (I think) go to a tribunal and nearly three quarters of them win their cases.
1 · Share on FacebookShare on Twitter