Home › Scope's online community Physical impairments and mobility issues
If this is your first visit, check out the community guide. You will have to Join us or Sign in before you can post. 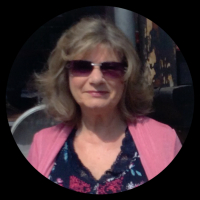 Wildflowers47 Member Posts: 7 Listener
April 2019 edited April 2019 in Physical impairments and mobility issues
Hi!
My husband is a 3 year survivor of a severe hemorrhagic stroke. He suffers from right sided  weakness and drop foot with supination. This greatly affects his ability to walk and balance but with determination, physio he has made much progress. For the last 6 months he has suffered from what seemed like post stroke spasticity making his leg painful and jerky and limiting his ability to wear his custom AFO. Without the AFO though he cannot walk or transfer.
Through sheer doggedness we finally managed to get a podiatry appointment on the NHS where it was discovered that his AFO was causing pressure and blood blisters under his foot and this was the cause of the problems. The podiatrist has been treating the hole in his foot but advised an appointment at the orthotics clinic as soon as possible.

Before our appointment at Orthotics today I did lots of research on AFO’ s and it seemed like carbon fibre  AFO’s are much better than thermoplastic for avoiding pressure damage and also allow the calf muscle to fire, thus giving a chance of regeneration and improvement in walking balance and gait. I am a retired nurse so was able to look at in depth medical articles as well as real life users experiences However, the Orthotics Practitioner completely dismissed the idea of a carbon fibre and said that they were originally designed for soldiers, very unyielding and a waste of money. Rendering in fact, all the information I had garnered as irrelevant at best!
My husband’s current AFO had to be left for padding and strap adjustment and he came home in last year’s AFO which I had the foresight to take.

So, has anyone got any advice, experience or suggestions? The plastic AFO is going to continue to exert pressure and cause pain and blood blisters, but I don’t know what to do next to avert this. We have another Podiatry appointment where I will discuss this too.