Phone Deals — Scope | Disability forum
If we become concerned about you or anyone else while using one of our services, we will act in line with our safeguarding policy and procedures. This may involve sharing this information with relevant authorities to ensure we comply with our policies and legal obligations. 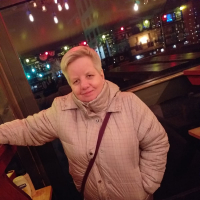 Harp Member Posts: 78 Pioneering
April 2019 edited October 2021 in Autism and neurodiversity
i had a phone call yesterday from BT saying since i been a loyal customer, they can look what they can do for an offer. They asked if i had a Mobile and I replied with yes and it in a contract which i was very happy about.  They proceded with an offer which includes a mobile.  I said that i don't need a mobile as i already i got one in contract and that i need any otffer in writing formats please as i have a learning difficulties.  They said you can check the deal by the email to confirm the offer. I replied that this is not right i have to agree with someting before i fully understood it. They said you can write it out. i said, that don't solves the issue as i need to do it at my pace to understand it. they pointed out again i can see the deal in the email to confirm it.
At this point i told them that i going to complain about that i missuing out of deal cus they don't do the deal in other formats to make deals eaually open to all customers.
I put an complaint with the chat system on their site which came back with nothing can be done and asked if i need anything else. As i was repling, they cut me off.  I tried again and stated that i got cut off. They seamed more willing to help and gave me £15 off my bill. They said they get someone to call me back at  at time what suited me. I said this afternoon ad they said betwwen 12pm-1pm, which i said that be fine. This morning I had and emial to say that the complaint has been closed but no reason why.
I have now sent an email about all what has happen and that it is not right i am getting treated this way.  I also pointed out to them that they need to have different ways contacting them across their site cus not everyone is comfortable using the phone.
ANNE ROBINSON (1 VOICE)
https://www.facebook.com/1Voice.Vision.of.the.heart/
Everyone has the right to have a say in what ever method they use