All in a Row – THAT play with the puppet and Autism — Scope | Disability forum
Find out how to let us know if you're concerned about another member's safety.
Read our community guidelines and our community house rules.

All in a Row – THAT play with the puppet and Autism

PurpleTheo Member Posts: 1 Listener
April 2019 edited October 2021 in Disability rights and campaigning
People call me Graham. I am 37 years old. I was diagnosed as an adult with Autism Spectrum Disorder. As with many people with the diagnosis I prefer the term autistic. This blog is about a recent occasion I tried to do something different.

Being autistic I do not get out much. I am not saying I do not leave the house, but I do not do anything much when I do. Everywhere that is worth going has one big problem. Other people. There is too much noise, too much light, too much heat, too many people. My preferred analogy of autism is that we are living in our own world, separate and detached from the real world that you the reader live in. 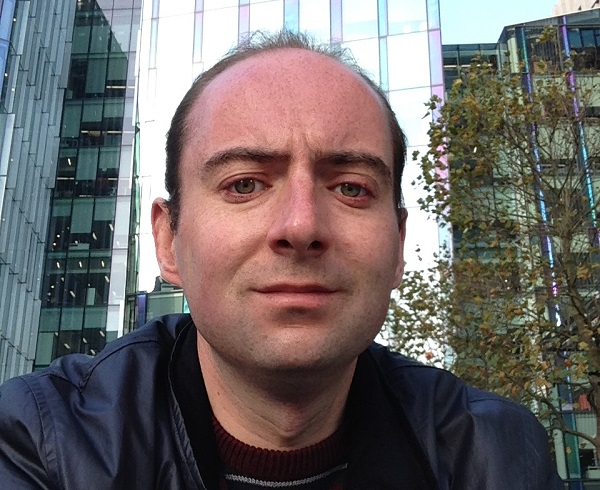 It is usually easier to be part of the world, to interact with it, when there is a really good reason. This February gave me a reason to try something different.

A play called “All in a Row” came out and has been very controversial. Many autistics felt that it was dehumanising and ableist. It had a puppet as the autistic character, Lawrence. There is a genuine concern in the online autistic community that often the narrative switches quickly to the negative experiences of the “abled” person looking after the “broken” child. However, the cause of most of the outrage in my peers was over the puppet.

Despite how difficult it would be for me, I decided to go. Going to stations, travelling on trains, especially through London is not easy for most autistics. I was going to an unfamiliar town before even considering the theatre itself. This was going to be hard. When I say hard, very hard. Like one of the hardest things I have ever done.

At the time I decided to go, I was mostly leaning towards the “this play is bad” perspective and had a cunning plan to take Simon Lipkin, one of the cast up on an offer to talk after the play. I would grill him over the various things my friends had been upset by.

So I went. I stood on the threshold and even after all the expense for two tickets and other costs, I was still unsure of going in. I did it and sat down in my seat ready for the worst. Indeed, the very worst thing possible happened. I enjoyed it.

Having seen this play I would say that I am a lot like Laurence, I do not classify as non-verbal as I can speak, but I don’t find it easy doing so. Projecting my thoughts into the real world is hard. Often I cannot.

The location is not ideal for an autistic person. There is no quiet waiting area, just a bar and outside. I wanted to try to explain how I am when in this kind of situation. When you struggle to communicate, trying to figure out what you are supposed to do is awkward. Thankfully, the staff at the Southwark Playhouse were helpful and understanding despite the communication barrier.

I do have some critique, once the play started properly, the music was too loud, the lighting effects were a bit disturbing. It started confusingly and I struggled to follow what people were saying. It would have been great to have a copy of the script to help follow. 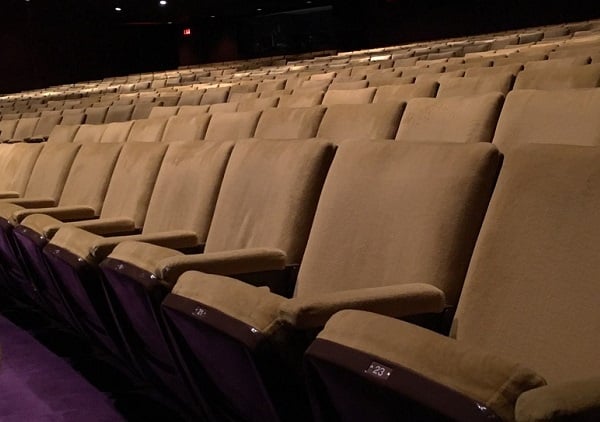 I enjoyed the play. I think I wasn’t supposed to. Many of the people I like and respect are upset by it. They see ableism and dehumanisation. I saw other things, scary things, I heard too much noise and I related to Laurence in a way I rarely am I able to do with others.

My experience will not be your experience. My autistic presentation is not the same as any other autistics. The reality is we all make up our own minds.

I wanted to thank the cast. I didn’t get the chance to that day. I find it hard to differentiate actors from their roles. Simon played the dad character. The dad was terrifying. I left the theatre in a hurry without staying! However, I went back the next week. I understood it better the second time. I even met the cast and we had a talk vs writing conversation. That was great. They were really nice and supportive. Not the monsters it was easy to perceive through social media.

I am glad I made the effort, despite the discomfort. A month on, I am still destabilised by and recovering from the experience. I am however already planning my next trip to the theatre. Progress!

To read more of Graham’s work, head over to his website at http://www.purpletheo.wordpress.com/ Have you seen All in a Row? What did you think? How do you think autism is portrayed in the media? We’d love to hear your thoughts.
3 · Share on FacebookShare on Twitter