Should I appeal? — Scope | Disability forum
If we become concerned about you or anyone else while using one of our services, we will act in line with our safeguarding policy and procedures. This may involve sharing this information with relevant authorities to ensure we comply with our policies and legal obligations. 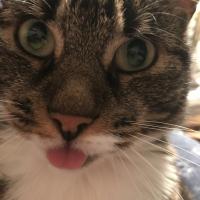 LB14 Member Posts: 10 Connected
April 2019 edited April 2019 in PIP, DLA, and AA
Hi, I’ve just found this site after googling how long you have to wait in between applications for PIP and saw that there is really good advice.
Sorry in advance, it’s a long one!
I had my assessment appointment on 1st March and then received a letter advising that it had been refused.  I did feel however that the lady taking the appointment put words into my mouth with questions like how long can you walk for without having to stop? 2,3,4 minutes? How many times in a week do you go out? - I don’t go out much at all and can spend weeks or months indoors (depending on how my conditions are) but she insisted that I say on a weekly basis which makes it look like I am way more active than I actually am.
I didn’t realise that you had to time yourself and keep a log of daily activity.
I suffer with chronic Depression, Anxiety, Fibromyalgia, CFS, Osteoarthritis to the neck and lower spine, RLS, IBS, severe knee pain in both knees and a whole rainbow of other ailments that come along with these conditions.  I need help with dressing, washing and walk with a stick. I spend most of my day upstairs in my bedroom as it’s too painful to walk up and down the stairs for the loo but 1 of the reasons for the refusal was that at the assessment, I didn’t look anxious or in pain, I just looked uncomfortable??  How the heck can someone know how someone else deals with their anxiety etc.  I’m not the type of person who is ‘oh woe me’ but I’m totally perplexed by that little nugget of explanation!!!
Could someone please tell me whether I should appeal or ask for a reconsideration?
TIA