The Supporting Act — Scope | Disability forum
Find out how to let us know if you're concerned about another member's safety.
Read our community guidelines and our community house rules. 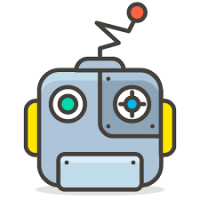 GoRowe Member Posts: 5 Connected
May 2019 edited October 2021 in Disability rights and campaigning
Charlie (37) is a sometimes artist, as well as full-time carer for his wife Laura, a young woman with a range of complex physical and mental impairments.

As the carer, I sometimes feel like I’m only half a person. For some medical professionals, I’m not sure I exist as more than someone else’s supporting act. As far as they’re concerned, I probably winked into existence around the time Laura was first diagnosed and similarly disappear the moment she falls asleep. I am a badly-written sidekick — only an accent, a haircut and a pithy remark when things are at their bleakest.

For most of my adult life, I’ve been her carer. While others spend those early years of adult life becoming well-rounded people, we spent ours learning about a growing list of ever-expanding conditions. Laura has never allowed her disabilities to define her, but somewhere along the line I allowed them to define me. They have become the answers to that awful ‘What do you do?’ question that reminds me how unimportant I am. On brighter days, I’m the interpreter or the advocate, while on others, I just make the tea. I don’t think I really look at myself as a person, but as a string of responsibilities necessary to keep the woman I love going. 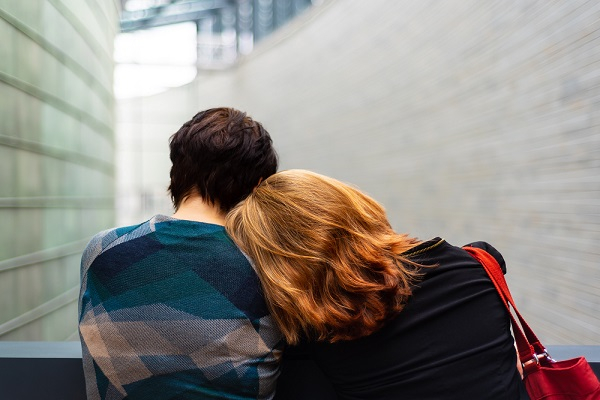 I cherish the time I spend with Laura. She’s the strength I cling to and my entire support network. I’ve never been as resilient as her though — the challenges we face can get me down and I know I’m not the only one. Depression is rife in the carer community. According to Carers UK, 3 out of 5 of us have experienced it at some point and it’s not uncommon to feel as if you don’t matter. Not too long ago, and after much prompting from Laura, I went alone to the doctor and spent eight minutes of my ten-minute appointment fielding questions about her instead. I’ve been prescribed course after course of ineffective anti-depressants but have been subtly (and sometimes not very subtly at all) discouraged from therapies because the regular schedules might be incompatible with Laura’s care plan. All of this is done with that same old condescending tone, as if I’d mistakenly thought for a moment that I’m a person in my own right. It’s those sorts of encounters that make me want to give in. I don’t need to be reminded about her timetable. I already feel bad enough that I took the time to see someone at all.

With so many obstacles then, it’s easier not to bother, to ignore your needs or to forget them altogether. The last thing on your mind is tending to that other, less important person — you. And yet you should. You should talk about things. You should seek help. If only to be a better carer. When my mental health is in the toilet, the standard of care drops and if not for Laura being the force of nature that she is, she could easily become just a list of needs. She has never taken me for granted and there have been times where I’ve fallen so far, she’s had to take care of me instead. That never should have happened. She deserves better and, if I’m honest, so do I.

You can’t forget about yourself. You can’t hope it’ll just go away. Like any disease, depression doesn’t flee without a fight, if anything it just gets worse. The lethargy clings on until you can’t face trying to fend it off. You have to be armed, whether that’s with coping mechanisms or a group of like-minded people. You’ll have to battle to be heard and to get the support you need. This week is Mental Health Awareness Week and as a carer I spend so much time being aware of someone else’s needs, but for every week of every month from now on, I’m going to do my best to be aware of my own needs too.

What are your tips for protecting your own mental health? Do you think you get the support you need as a carer and if you have a carer, do you have any concerns about their mental health?
6 · Share on FacebookShare on Twitter
«12»