Complaints about PIP assessments up 6,000 per cent in three years — Scope | Disability forum
If we become concerned about you or anyone else while using one of our services, we will act in line with our safeguarding policy and procedures. This may involve sharing this information with relevant authorities to ensure we comply with our policies and legal obligations.

Complaints about PIP assessments up 6,000 per cent in three years 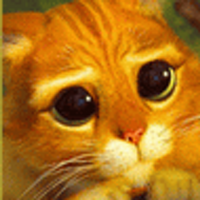 Gerald Member Posts: 214 Pioneering
May 2019 in PIP, DLA, and AA
Hi all do not know if you have seen this but it says it all as I can see about PIP

The number of complaints to the government about the PIP assessment process has surged by more than 6,000 per cent in three years, prompting fresh concerns that the system is “flawed” and harming disabled people.

Thousands of disabled people refused PIP claimants challenge the decision each year with 73% winning their appeals at an independent tribunal.

Ian Lavery, the Labour MP who obtained the figures through a parliamentary question, said the current benefits system was “driving people into destitution”.

He said that in the year to March 2019, his office helped constituents win back a total of £275,011 in PIP claims and appeals, and that even the local authorities welfare support team were passing cases to his caseworkers.

A DWP spokesperson said: “We want the PIP assessment process to work well for everyone and have made significant improvements, including testing the video recording of assessments. This year complaints represented less than 1 per cent of all PIP assessments.”

“The downplaying of the huge rise in PIP medical assessment complaints is appalling.

The poor and inaccurate standards of PIP and ESA assessments have been continually criticised from their introduction. No less than 84% of social security appeals relate to PIP and ESA.