Parent Carer, Author, Music and Football — Scope | Disability forum
Find out how to let us know if you're concerned about another member's safety.
Read our community guidelines and our community house rules.

Jon shares his experiences as a parent carer, to his son Jordi who has Cerebral Palsy; their love for storytelling, music and football. 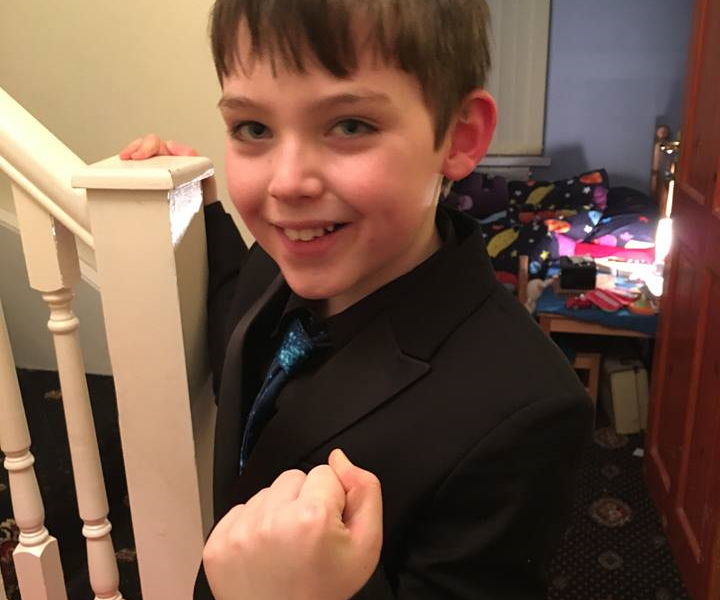 Last Friday Cardiff City Foundation, which organises activities in the community, including football sessions for disabled children, held a 10 year anniversary event.  The compere was a twelve year old boy with cerebral palsy. His performance brought the house down: next day he was in the directors’ box at the City Stadium.  I wasn’t in the least surprised: the boy in question was my son, Jordi. 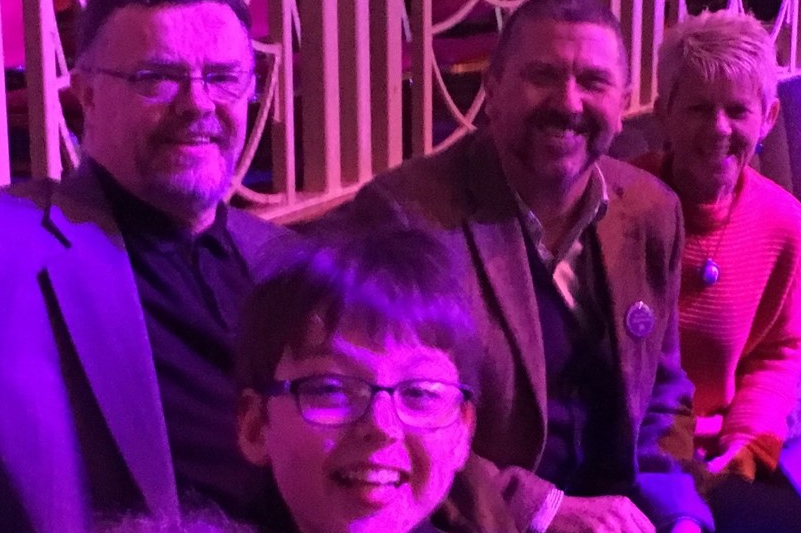 I was 52 years old and a well-established children’s author when my partner and I had our first child. It soon became evident that he couldn’t sit up like the other kids, but it wasn’t till he was nearly two that he was diagnosed with cerebral palsy. At first it was a terrible blow to us, but eventually Jordi did crawl, then walk (albeit awkwardly). His movement problems did not make him any less open, enthusiastic or affectionate, and the warmth of his personality melted hearts everywhere.

I really do believe that those movement problems had a positive effect on Jordi. Unable to run around with the other kids, he read avidly, and it soon became apparent that his literary abilities were exceptional. At the age of six he won a national poetry competition and began dictating stories which showed not only great originality but also a highly developed sense of how to tell a tale. We put these stories on his website. www.jordiblake.co.uk, which now features extracts from his latest work in progress, a novel of over twenty thousand words.

These days Jordi usually has three or four books on the go at any one time. He first came to understand his condition through my story collection “Oshie”, about a boy with cerebral palsy who has an encyclopaedic knowledge of football.

In 2017 I was shortlisted for the Laugh Out Loud awards for Thimble Monkey Superstar, about Jams Cogan, another boy with CP, and the lovable anarchic monkey who comes to live with him. I tried hard to write a chapter of Thimble a day, knowing that Jordi would be rushing home from school eager to read it. He is the best possible audience, not only because he laughs so much, but also because he gets so involved in the story and comes up with dozens of ideas. He even sang the theme tune which we put up on his YouTube channel.

Thimble Monkey Superstar aims to entertain, and Jams’s disability is just a fact of life rather than the subject of the book; he uses a walker but is not defined by it. The response to the book has been fantastic, but then most people tend to respond to Jordi in a very positive way.

Last summer Jordi had a major operation to severe and reset both femurs.  It was his hardest test yet but he came through it with flying colours.  I’ve always encouraged him to turn his disadvantage into an advantage, and it is absolutely his aim to become a tribune for disabled people through his extraordinary eloquence.  He will undoubtedly succeed.

To read Jordi’s extracts from his latest work in progress and a novel of over twenty thousand words, please visit his website. Also visit Jon’s website where you can find out more about his work.

Can you relate to Jon’s story? Please share your experiences with us.