Can anyone tell me anyone else it’s worth trying to talk to? — Scope | Disability forum
Read our community guidelines and our community house rules.
Find out how to let us know if you're concerned about another member's safety.

Can anyone tell me anyone else it’s worth trying to talk to? 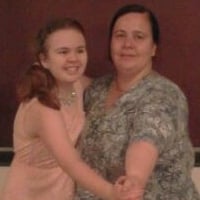 2louises Member Posts: 5 Listener
May 2019 edited June 2019 in Autism and neurodiversity
My daughter is autistic, and has had what I call opposites since around 6, probably before but her language was up to much before that, last year, my daughter then 16, we went to CAHMS  I think it is called, after just one hour, where they asked me more than they spoke to her they said it’s not ODD, which I don’t think it is either, they said it’s behaviour based not mental we can’t help, no one has told who can help, I have done parenting course, traffic lights,123, which didn’t help. Can anyone tell me anyone else it’s worth trying to talk to. She’s 18 in November, other than this, behaviour she’s a smart cookie but she been put in lowest group purely on this problem and it’s so exasperate every time I google I get sent the odd route.