Home › Scope's online community Employment and careers
If this is your first visit, check out the community guide. You will have to Join us or Sign in before you can post.
Receiving too many notifications? Adjust your notification settings. 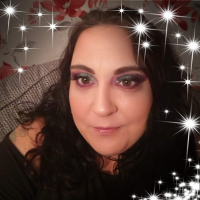 Hey I'm chez I feel a little out of my depth here and not even sure I'm in right place but here goes Today I have been  diagnosed with osteoarthritis in my knee and back I have also been referred to a rheumatologist as have blood result that show inflammation. The first doctor I saw thought it was lupus but one I saw today said he doesn't think so nor does he think rheumatoid arthritis but I have some sort of other disease. I haven't been tk work since March and didn't earn enough for sick pay so got changed to universal credit and lost my tax credits and a lot of money it took them ages to pay anything and it was a lot less than I got when working and claiming tax credits. I still have my job am on long term sick but with the pain I don't think I can return to work and basically just don't know what to do
0 · Share on TwitterShare on Facebook