UC and LCWRA or LCW profoundly deaf — Scope | Disability forum
Find out how to let us know if you're concerned about another member's safety.
Read our community guidelines and our community house rules. 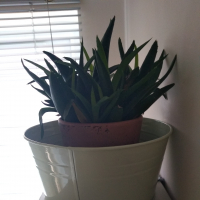 MrsYoung Member Posts: 5 Listener
June 2019 in Universal Credit (UC)
Hi everyone,
I'm new to this site and would like some advice on Universal Credit, which is also new for me.
I am profoundly deaf and on PIP but when I asked about LCW etc, she said I couldn't get it because I had ESA discontinued. I took a break from benefits because I had to downsize and had money left over from the sale for a while.
Another woman, the next week,  said it wasn't worth claiming LCW because the extra money is just deducted from UC'. Two other ladies joined in the discussion and the impression I got is that none of them knew what they were doing tbh.
I have tried reading all the information out there and it's very unclear.
I want to know if I can claim LCWRA which I think is the right one for me as it's a permanent disability and what should I say or the right questions to ask because if you don't ask, they don't tell you.
Thanks.
0 · Share on FacebookShare on Twitter