Has my PIP advisor messed up my claim? — Scope | Disability forum
If we become concerned about you or anyone else while using one of our services, we will act in line with our safeguarding policy and procedures. This may involve sharing this information with relevant authorities to ensure we comply with our policies and legal obligations.

Has my PIP advisor messed up my claim? 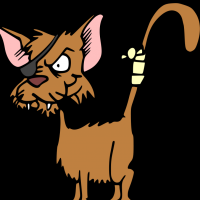 Saffy Member Posts: 88 Courageous
June 2019 in PIP, DLA, and AA
I'm moving from DLA to PIP. I contacted a Disability Support Centre for help with form filling. He didn't ask about how my fibromyalgia affected me, in fact he didn't seem to ask much generally.
When I commented on it he said he filled in loads of these forms every day and he was just giving them the necessary as they never read them anyway. He posted the form for me and gave me a copy and said I'd probably go for a face to face assessment.
Now I have looked at the copy and am scared he may have messed it up for me as the info he has written is very brief and in no way gives the amount of detail requested.
Do you think I need to worry? The help centre was recommended to me by a friend so I had no reason not to trust him.
0 · Share on FacebookShare on Twitter
«12»