An open letter to the people who bullied me 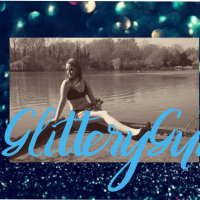 Alannah-Jayne has had Crohn’s Disease for ten years and a permanent ileostomy for nearly four years. She also has a range of other chronic illnesses as well as anxiety, OCD, PTSD and depression. She has done a lot in the IBD and ostomy community to help raise awareness and provide support. This has included volunteering for numerous charities.

Since being chronically ill, I was bullied on social media by so called ‘friends’ and others who knew of me. It first started when I was seventeen, I began to get really unwell and lose a lot of weight. I was constantly running to the toilet and often would spends hours on it or be throwing up. Despite that, I tried to live my life like any other seventeen-year-old, going out at the weekend, house parties, that sort of things. It became apparent that my Facebook friends didn't like this and I got comments such as "you can't be that ill if you are going out" or "drinking alcohol will make you worse". I got the occasional "my mums’ friends’ cousin has it and she can work" and I also got a hard time for being ‘lazy’ due to being so unwell. I lost my job which was something I loved.

To those who bullied me, this is a letter to you:

During the treatment of steroids to try take down the inflammation in my bowel, I had a common side effect called moon face and it destroyed my confidence. On the outside I didn't let anyone know and carried on as normal as I could. Then you posted pictures on your Facebook using the moon face emoji while saying things like "here's my moon face lol" and laughing and joking about it as if I was a freak.

Many nights I spent crying to my mum asking her why I deserved this cruelty and why I had to endure the pain and suffering that I was going through. Until the age of twenty, I went through various chemotherapy drugs to try and attack my immune system, to stop it attacking my bowel and those hit me hard. I tried to go to college and get qualifications towards being a nurse, but the travelling and long hours spent on the toilet made it impossible for me. You told my tutors things like "she's just skipping class, she isn't even here" and when I had my first ever hospital admission, you said that I went on holiday and wrote horrible tweets about me not attending my classes.

Did you have to spend those agonising hours on the toilet sweating with the pain? Did you cry with the loss of my independence or feel the guilt of being a failure all at once? You didn't see me cry myself to sleep every single night in my hospital bed because I just wanted to be out of pain and at home. I wanted to stop living my life in any bathroom I could find. 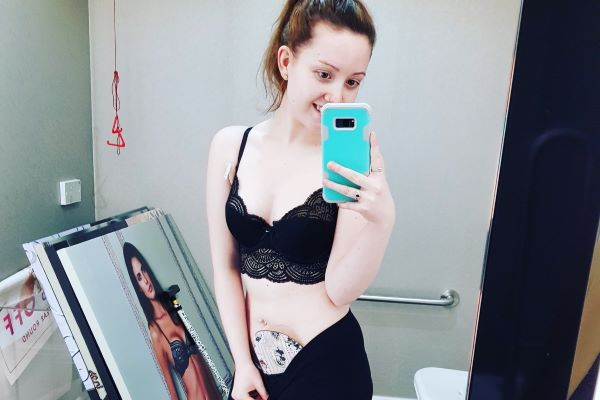 In 2015 I had emergency surgery to have my large bowel removed and an ileostomy formed, also known as a stoma. Two days prior to this, I found out that this was my only medical option left as all medications had failed and I was very, very ill. I cried with shock and fear of going under the knife, so to keep you updated I told you I had received some really bad news. At the time I didn't want to share what that was, but you all used this as an opportunity to upset both myself and my mum. We both received abuse and horrible things, you said I was doing it for attention and the rest I will not even repeat. Did you know one of my consultants came and sat with me that night whilst I cried, scared of what was to happen?

When I uploaded a picture on my Twitter of me sunbathing with my stoma bag out on display you said I had put you off your food. I don’t think able-bodied people realise the impact this has on us and I wonder if your ignorance will ever be changed?

You can read more on Alannah- Jayne’s (Glitterygutsx) blog where she talks about autoimmune diseases, breaking stigmas and sharing people’s stories.

Have you ever experienced comments about your disability from people you believed were friends? What would you say in a letter to them?