Home › Scope's online community Neurological conditions
If this is your first visit, check out the community guide. You will have to Join us or Sign in before you can post.
Receiving too many notifications? Adjust your notification settings. 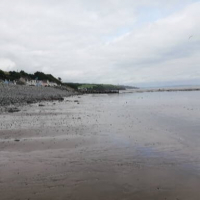 GeorgieOg Member Posts: 3 Listener
July 2019 in Neurological conditions
So before I had cancer I was as fit as a fiddle, an average day would entail an early morning gym session, a full day of helping others at work I worked along side the police in Domestic Abuse, then after work a  HIIT gym classes, I had three children as a single mom and had a healthy work/life balance.
2015 I was diagnosed with breast cancer, I had three surgeries and radiotherapy, I then developed pneumonia, and have struggled to get back to me since. So recently was diagnosed with Chronic Fatigue and have lung issues, been referred to a respiratory consultant as I have had numerous chest infections that has impacted on my breathing.
The issue that scares me is if I do too much, I literally crash, it feels like I am trying to cope with life through a vat of treacle, I can't even walk a set of stairs without stopping. I don't have the energy to talk even on the phone, I have to sit and watch uncomplicated films, TV shows. It comes over like a huge shroud and nothing except resting for a few days will help.
The problem is that there is no one I can turn to to get advise, my GP service is so stretched and they seem to just send you away with antidepressants, I am not depressed, I get low yes because I am a quarter of the lady I used to be. But I am not getting any advice as how to manage my symptoms. The real me is a go getting, bubbly, full of fun lady, this is not in my mind this is my body letting me down.
Can anybody advise
0 · Share on TwitterShare on Facebook