What TV Shows You are watching? — Scope | Disability forum
Find out how to let us know if you're concerned about another member's safety.
Read our community guidelines and our community house rules.

What TV Shows You are watching? 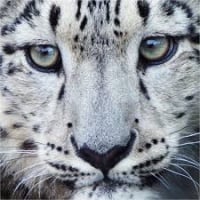 M_Anthony Member, Scope Volunteer Posts: 309 Pioneering
July 2019 in Coffee lounge
What are your top shows at the moment? I am always on the lookout for new TV stuff to watch! Anyway here a some of mine, feel free to add as many as you want!

Stranger Things. As they release the new seasons episodes in one go, I have been binge watching the recent one. It is a great 80's set Sci-Fi horror show.

The Flash. Sorry if this is post is becoming a bit of a Sci-Fi overload, but The Flash surprised me in being the best comic book adapted series I have ever seen and has great characters and the quality of the episodes never drops. You don't have to like comics to enjoy this!