How To Get Help To Move To A Better Suited Home — Scope | Disability forum
Find out how to let us know if you're concerned about another member's safety.
Read our community guidelines and our community house rules.

How To Get Help To Move To A Better Suited Home 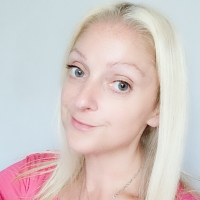 I’m in a really bad place mentally at the moment due to a home swap situation, with a friend who benefited from swapping homes, and I have loved her home due to it having a private garden which I truly need due to my severe agoraphobia.

All the forms had been filled in and sent back to our Housing Association.
It was all going ahead.

She had approached us due to not being able to afford living alone in a 3 bedroom home, which needed completely gutting as she had let it get to such an inhabitable home, whereas our home is decorated to a high standard, nothing needed doing.

Then on Thursday 19th September, we were chatting about how excited it was for all of us, she was so relieved to be moving from her home to ours. Whilst we were chatting I received a text saying about the survey that needs to be done in the process.... the ball was rolling.... she was overjoyed and I was so excited.

3.5hrs later I received a text, (she had spent time with her son), a devastating text which ripped my heart, soul and spirit out of me.... she had changed her mind and that was that!

My best friend of more than 22 years had devastated me beyond anything I’d ever gone through.

My self harming kicked straight in, cutting, hitting, clawing at my throat, suicidal thoughts at the front of my mind, an empty lost shell I had become.

So here I am today asking advice.

How do you get help to move from your housing association to a home that is more beneficial for your mental and physical health issues?

I desperately need a garden, as I have Vitamin D Deficiency due to never going outside which has severely impacted on my osteoarthritis throughout my whole spine, my Cauda Equina Syndrome, my Borderline Personality Disorder, everything.

Having our own garden, I could feel secure and safe it would mean the world to me, and my husband too, who sadly has to cope with me on a daily basis, and so worried right now, that he will come home and find me dead or near to death like in the past.

Where can I find helpful information that really gives me something positive to focus on?
Which can teach me how to get the help I need?

I’m so lost, and have no idea what to do. I need help if I’m to survive this devastating blow from my best and only friend, leaving me with only my husband and my mum in my life, and no friends at all.

Living with mental, physical health and agoraphobia is such a lonely life as you lose friends who don’t understand you.

Any advice out there???
Writing my first novel, excited to get it finished.
0 · Share on FacebookShare on Twitter