THE NUNS STUDY AND POSITIVE EUGENICS — Scope | Disability forum
Find out how to let us know if you're concerned about another member's safety.
Read our community guidelines and our community house rules.

THE NUNS STUDY AND POSITIVE EUGENICS 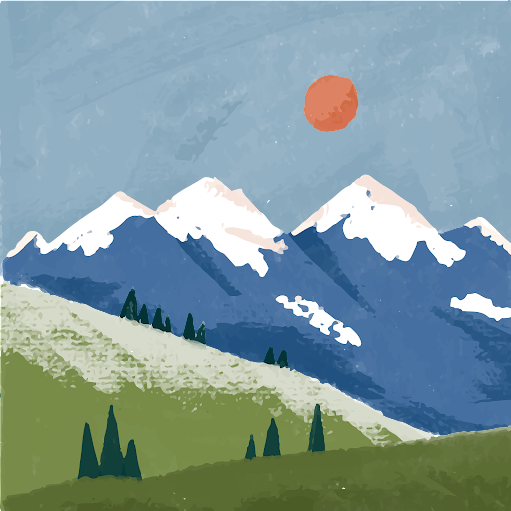 'Embracing the reality' as when Natalie speaks on U tube, using a bookcase to communicate what the Alzheimer Dementia experience of loosing ones short or long term memory actually feels like, by saying simply..'you have to put your own sense of normality aside and get inside how the Alzheimer person experiences the reality, of there own past in the present day-and that is a big ask even for some health workers.

While the bookcase allegory is an excellent communication tool for explaining the long and short term memory problems, a meaningful one is also needed to help create a needed consensus for the sun downer effect that some researchers still deny even exists, yet they recognise the bigger version of it called seasonal affective disorder or SAD for short.

Why the contradiction when the sun downer is so endemic in dementia? Its just a short daily version of the long seasonal one that happens as the days get shorter and the nights get longer from the Autumn equinox when the hypothalamus is just as sensitive to loss of daylight as night approaches and temperature falls and that is when melatonin normally increases as cortisol & temperature level falls below the rise of melatonin level, in that respect our hormones have there own metabolic equinox as daylight ends with dusk as temperature falls, because light and external temperature both trigger the same hypothalamus to maintain core body temperature above the hypothermia threshold.

A pause here for thought: 'To put ones own sense of normality aside and get inside how the AZ DM person experiences the reality of there own past in the present day' we need something else to make the DM experience as real for us as the book case is.

The DM Experience is like being a prisoner up shut up in a cell most of the day with no freedom to be part of normal society, trapped in a small isolation cell with no way out and no one to talk to who really understands who you are, is as good as it gets to communicate what alzheimers actually feels like.

Such was the experience of the Irish prisoners when Irish people were charged with terrorism and locked away out of normal society by the state and such was there desperation for their status to be heard that they went on hunger strikes which progressed into the infamous dirty protest as a last resort empowerment statement, to say 'So this is what you really think of me?.. OK I know what you think of me, but whatever you think I am a human being, I am not just part of the politically correct great stench of the 20th century, that politicians still prefer to move away from.

Yes, as the UN said, that terrible stench was encouraged by the prisoners themselves, however a visiting Archbishop did not let the historical roots go unnoticed.

The comparison here is not only refusing to eat and smearing oneself and your room with your own excrement -which is not unusual behaviour for people with dementia, yet the comparison is just as valid for the 21st century extreme austerity policy and the root causes of its failure are highlighted in the comments of the visiting church leader who said simply...Anyone with the least knowledge of Irish history knows how deeply this attitude is in our country's past

.. when the, Archbishop of Armagh visited the prison in 1978 he condemned the conditions there: 'One would hardly allow an animal to remain in such conditions, let alone a human being. The nearest approach to it that I have seen was the spectacle of hundreds of homeless people living in the sewer pipes in the slums of Calcutta'. He also said, 'despite the conditions the morale of the prisoners was high':

The Cardinal also noted, it seems they prefer to face death rather than to submit to being classed as criminals. Anyone with the least knowledge of Irish history knows how deeply this attitude is in our country's past. (Full article on WIKIPEDIA)

His words put a finger right on the long dead corpse of the problem, so given the rising stench of the homeless community, why I have to wonder, when he gave full credit to the ongoing political failures, why did he not also give the late 20th century nuns study the full credit it deserves, for its practical demonstration of the potential, of the family centered well being ethos, to normalize dementia symptoms?

I may just as well ask if all researchers want to realize the much coveted integration of all services, why not take more seriously the consensus Hippocrates offered thousands of years ago and give the natural circadian rhythm that all humankind are subject to, the respect it deserves, or as Hippocrates puts it: ' If anyone wants to study the science of medicine they should first look at what the seasons say '

After seeing the recent BBC 4 eugenics documentary I found the answer to my question was clearly given as a kings college spokesperson summed up the eugenic issue as being what I now understand to be the nature or nurture debate.

Negative eugenics argues for the ultimate medical cure of disability, the positive eugenic argument differs in its preference, for the educational normalization of disability, meaning an education that understands that any negative inherent dysfunctional attitudes, have been imprinted in the domestic socialization environment and as such they can be reprogrammed.

For the positive eugenic method to function researchers could take a lesson from the 20th century vilification of all cholesterol being bad, until more recently it was discovered that cholesterol can be bad or good for you, depending on if you have enough good cholesterol.

That lesson has been overlooked by the enthusiasm about the recent discovery of brown fat (BAT) being the healthy one that burns up the calories stored in to much white fat (WAT) and the essential role of WAT being villified and left aside.

The Kings spokesperson spoke briefly about the difference between nature and nurture, negative eugenics takes the responsibility away from parents while positive eugenics reinforces parental responsibility to nurture our children with the same positive well being result as the nuns study has documented for us.

It is not realistic to argue negative eugenics when in practice it actively reinforces the educational underachievement of people with numeracy difficulty, by refusing to fund the inclusion of the most basic excel techniques in basic computing for work courses, where its technology could have a big impact on the prevention of homelessness.

Minister Matthew Hancock has put on public record his gratitude for the essential role the spellchecker technology has had in optimizing his own career by the minimization of his dyslexia. If his enthusiasum had not been so focussed on higher education he would soon enough have noticed the funding provided for lower education has not been applied for the provision of basic excel techniques where it is most needed. Its not eugenic rocket science its common sense.