PIP Backpay not in account 5 days after date in letter — Scope | Disability forum
If we become concerned about you or anyone else while using one of our services, we will act in line with our safeguarding policy and procedures. This may involve sharing this information with relevant authorities to ensure we comply with our policies and legal obligations.

PIP Backpay not in account 5 days after date in letter 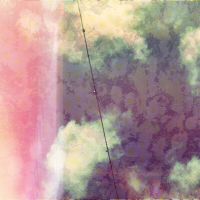 chlobliviate Member Posts: 3 Listener
October 2019 in PIP, DLA, and AA
Hi, I'm very new here (as in, I joined to ask this, I hope that's ok) and I have a potentially unusual question.

I applied for PIP in September 2017, there was a delay due to the DWP not accepting that making phone calls makes me unwell (I also raised that as an issue, which they told me they'd look into, but shockingly never heard anything further, but that's not the point) and finally had my F2F in April 2018, where I was awarded nothing. (Same old, same old, DWP worker lied etc)

Due to my mental health, it took me 12 months to put together my appeal for the tribunal, which was sent off in July 2019.
I received a letter in September advising that the DWP had looked at my case again and overturned it to be enhanced for both, without having to go to the tribunal. (YAY!)

They advised me in a further letter that the back pay would be paid to me on Thursday 10th October 2019, it's now Tuesday 15th October 2019 and I am still without the money. I have called the DWP twice and my bank twice (four panic attacks, yay) and they both seem to be blaming the other as to why I haven't got the money, which isn't particularly helpful.

Has anyone else had a similar experience or have any advice for me at all? I'm at a loss as to what to do next and I'm pretty sure all of this is going to cause an ME flare-up within days, so I could do with it being sorted sooner (obviously, I guess nobody wants to wait for the money they're owed).