PTSD? — Scope | Disability forum
If we become concerned about you or anyone else while using one of our services, we will act in line with our safeguarding policy and procedures. This may involve sharing this information with relevant authorities to ensure we comply with our policies and legal obligations. 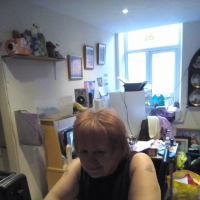 Philippa1961 Member Posts: 19 Courageous
October 2019 in Mental health and wellbeing
I have suffered from depression for most of my life but it became severe when I was 19 years but at this time I didn't know I was depressed let alone severe depression.  My mum regularly accused me of being moody, a drama queen, there were people far worse off than me and so on.  It didn't occur to me that there was actually something wrong because I believed my mum.
The reason why it became severe was because I had a baby when I was 19 years old.  I didn't want the father involved as I knew he would deny my son was his which did actually happen many years later even though DNA testing proved he was the father.  Anyway my mum was adamant my son was going to be adopted and she arranged everything.  The long story short I believed the lies my mum told, then the social worker lied to me but I didn't know that at the time.  I emotionally broke down after my son was born with post natal depression adding to it.
Due to not understanding that I needed real help I suffered in silence for 23 years, had I not emotionally broke down I would have got the support I needed and would have raised my son.  What happened to me was one of the most traumatic things that can happen to a mother.  Stillborn, miscarriage, genetic problems with babies / children and other reasons why babies / children die young is worse but forced adoption is also traumatic.
Nothing can said to explain the profund feelings of loss and grief.  I also compare it to an invisible amputation as a mother's body prepares itself to look after the baby after birth but there is no baby as it's been taken away.  When a person has a physical amputation people 'get it' because they can see what's been amputated yet when it's a baby taken for adoption they don't understand because the baby is alive.  The pain and the trauma of losing a baby to adoption never goes away and mothers, such as me, learn to cope but certain anniversaries were a living hell.
My son and I connected when he had turned 23 and then I had to deal with the pain of finding out he had found my family when he was 18.  My family cruelly told him their didn't know where I was and my mum even wrote him a letter about two years later to accept I didn't want to be found.  The fact that I found him without searching and spent weeks getting to know each other proved that my family lied to him then he started telling me what had been going on.  I then found out that what happened to me is legally known as a forced adoption and is illegal but by the time I found out it was too late to do anything.
Unfortunately I can't prove one way or another if I do suffer with PTSD as mental health profesionals don't associate PTSD with mothers who are forced to surrender their babies to adoption.  I know I do suffer with symtons that are associated to PTSD such as;
Flashbacks—reliving the trauma over and over
Bad dreams
Re-experiencing symptoms may cause problems in a person’s everyday routine.  Words, objects, or situations that are reminders of the event can also trigger re-experiencing.
Avoidance symptoms
Staying away from places, events, or objects that are reminders of the experience
Feeling emotionally numb
Feeling strong guilt, depression, or worry
Losing interest in activities that were enjoyable in the past
Things that remind a person of the traumatic event can trigger avoidance symptoms
Feeling tense or “on edge”
Having difficulty sleeping, and/or having angry outbursts.
Hyperarousal symptoms are usually constant, instead of being triggered by things that remind one of the traumatic event. They can make the person feel stressed and angry. These symptoms may make it hard to do daily tasks, such as sleeping, eating, or concentrating.
Whenever you find yourself doubting how far you can go, just remember how far you have come. remember everything you have faced, all the battles you have won, and all the fears you have overcome.
0 · Share on FacebookShare on Twitter