Disability on Tv — Scope | Disability forum
If we become concerned about you or anyone else while using one of our services, we will act in line with our safeguarding policy and procedures. This may involve sharing this information with relevant authorities to ensure we comply with our policies and legal obligations. 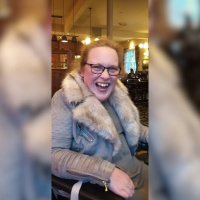 Brightsidebecs Member, Scope Volunteer Posts: 88 Pioneering
October 2019 in Coffee lounge
What does everyone think about the increase of tv shows and streaming services been more inclusive towards people with disability’s? I think it is fantastic and about time as disabled people are just as important as able bodied people! I love shoes like the circle. As it is showing diversity and using assistive technology which is useful for all!
Rebecca
2 · Share on FacebookShare on Twitter