Very scared when I read this — Scope | Disability forum
Find out how to let us know if you're concerned about another member's safety.
Read our community guidelines and our community house rules.

Very scared when I read this

archfruit Member Posts: 3 Listener
December 2019 in Disability rights and campaigning
Like many disabled I’m very scared of the next 5 years of tories but the attached tweet has been triggering off panic attacks

this is feels like a human rights issue and borderline slavery as no one will ever hire us or give a fair wage if they can get us for free? 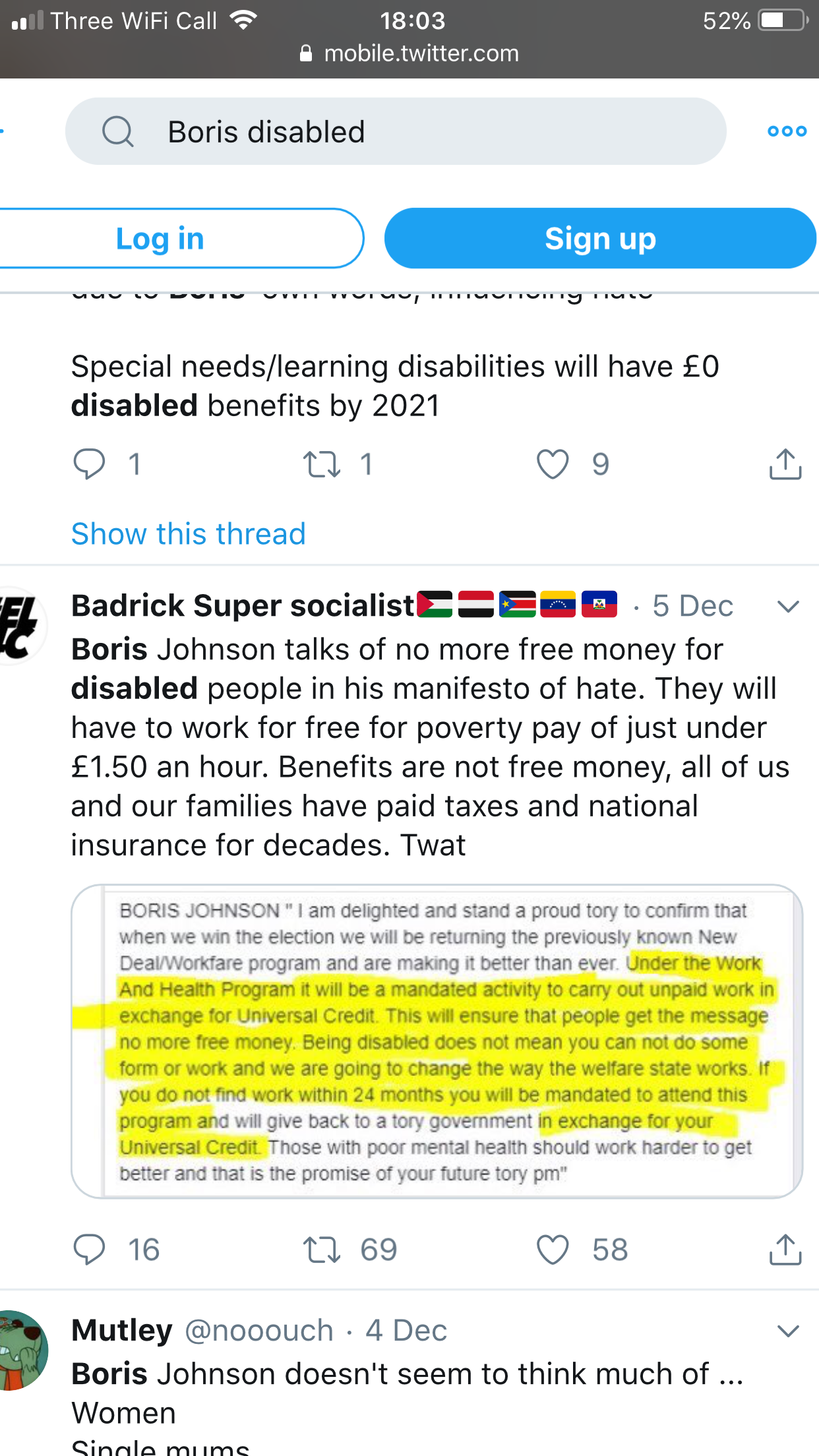