Tribunal. Was it done within the guidelines? — Scope | Disability forum
Find out how to let us know if you're concerned about another member's safety.
Read our community guidelines and our community house rules.

Tribunal. Was it done within the guidelines? 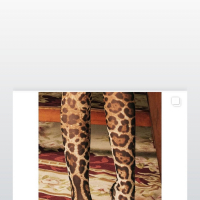 Somebodyelse Member Posts: 8 Listener
January 2020 in PIP, DLA, and AA
Hi,
it’s taken me a very long time to get over a really bad experience I had during my PIP tribunal in October. It took a while to get to the tribunal stage, 3 years in fact. My mandatory was lost by the DWP and I had several cancellations by CAPITA, some as late as an hour before my appointment.
This tribunal was my second, the first was adjourned as I was told I needed more evidence. While waiting for my first tribunal, my husband, who’s my carer, and I waited in the foyer of the courthouse. A clerk approached and told me there would be a fire drill that day, if it happened during my appointment would I be able to manage the one flight of stairs as the lift would not be allowed use. I had waited since 2017 and weighed up the averages I would have to wait many more months if I kicked up a fuss. I told her I’d take my chance. Thankfully there wasn’t a fire drill while I was in the building.
Fast forward to October and my second tribunal. We are in the foyer and a clerk approaches, telling me they are having a fire drill.... you know the rest.
During my tribunal i am asked by the doctor  very early on if I can use stairs. I can but it is a rare event and only with help. He quickly draws my attention to the question the clerk asked at my arrival. No matter how much I tried to explain that a burning building was extreme circumstances he wouldn’t allow me to finish my sentence. In the end I had to ask  the doctor if he had both legs broken and it was the difference between burning alive and dragging himself  down a flight of stairs what would he do. He obviously wouldn’t answer but asked why I received my prescriptions fortnightly, was it because I couldn’t be trusted to take the recommended dose. I asked him what he meant and he ignored my question.
I felt I was being cross examined. There were some pretty awful moments when my husband tried to prompt  me as my memory is impaired. The doctor, wouldn’t allow him to speak at all. Even when I was giving fresh evidence that hadn’t been received by the panel.
I decided I wasn’t being treated fairly. I asked why on two separate appointments was I informed of a ‘potential’ fire drill where the lifts wouldn’t be in use and why was a disability tribunal court on a first floor. The panel refused to answer my questions.
My tribunal was adjourned. I am not going mad, on that day I knew from the moment the clerk mentioned another fire drill I knew something wasn’t right.
It is too much of a coincidence? I’d like to find out if this has happened to anyone else or anything similar.
0 · Share on FacebookShare on Twitter