Gamer — Scope | Disability forum
Find out how to let us know if you're concerned about another member's safety.
Read our community guidelines and our community house rules. 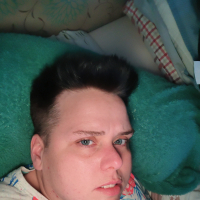 BoomBoomToot Member Posts: 17 Connected
January 2020 in Exercise and accessible facilities
I was just wondering if there are any fellow gamers on here? It's my only hobby nowadays
0 · Share on FacebookShare on Twitter