And away we go... — Scope | Disability forum
Find out how to let us know if you're concerned about another member's safety.
Read our community guidelines and our community house rules. 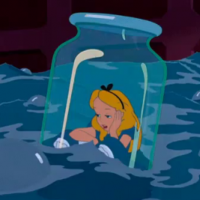 FairHairedFoodie Member Posts: 28 Courageous
January 2020 in PIP, DLA, and AA
Hello all. So glad to have found you.

I sent off my PIP claim form about three weeks ago and am--like everyone else does--freaking the heck out. I still have time to send in supporting evidence as I haven't received the F2F assessment letter (and don't really expect to anytime soon).
I have been diagnosed with Bipolar II disorder (clinical depression and bouts of hypomania), social anxiety disorder, and obsessive compulsive disorder (specifically, Trichotillomania - I'm a hair puller).
As there's still time, can anyone else advise on what else I might send to strengthen my claim?

- Detailed claim form
- Letter from private (hired) carer with a diary of how she cares for me during the time she is with me, and what I am unable to do myself or unassisted
- Letter from husband stating what I am unable to do myself and bullet points with additional examples based on what he witnesses (using descriptors)
- Copy of my last NHS write-up describing symptoms of a heart attack that were actually an anxiety attack that required a two-night stay, as the ECG showed abnormalities as a result (I don't know if this is worth the paper it's printed on but included it anyway)
- List of the three medications I take, the side effects they give me, and a letter from (1) Community Mental Health that one required an 'exceptional need' authorization as it's higher than the NHS max, and (2) a letter from my GP that I am, indeed, prescribed all three.

Can you think of anything else? Is there such a thing as submitting too much?

I appreciate your help in (hopefully) taking me from a panic level of 8.5 down a couple of notches. I will also continue to report back on the entire process.
0 · Share on FacebookShare on Twitter
«12»