Tired of being let down — Scope | Disability forum
Find out how to let us know if you're concerned about another member's safety.
Read our community guidelines and our community house rules.

Tired of being let down 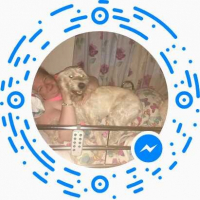 lucylife Member Posts: 10 Listener
February 2020 edited March 2020 in Disability rights and campaigning
Hi,
I've been thinking about joning and saying hi for a while now, but typically, I finally do it on a bit of a downer I'm afraid!
I 've just spent 9 days in hospital, which would be fine if it was all medically needed.

Unfortunately.that wasn't the case. When I started to recover and it became clear I was medically fit for discharge, I was transferred to a side room.

I was informed that my daughter who is in her 20's who lives with me was no longer prepared to do my care so I had to stay in hospital until a care package could be arranged! I felt like the whole world had fallen away from me. My daughter and I are so close. She has been caring for me since she was young with very little support from anyone else. We have been promised chc funding.for months but nothing has happened as.usual, so my daughter has done it as always.

As I was rushed in due to a life threatening asthma attack  ,I didn't have a phone or anyway of speaking to her, and she had been ill so hadn't been able to visit so we hadn't communicated since I was admitted, only what the nurse had told us about each  other. I

I didn't know if someone has said something to her, or if she had become ill . It didn't sound like her to say that though. Being in there can make me more unwell and the care is pretty awful where we live to. She actually thought I was too ill too leave still!

When I finally spoke to a social worker and said I wanted to go home, she said she would have to check with my daughter!  My daughter agreed , but I was still asked if I would consider going into a care home while they sourced care and I said no as that could take months and I would get more ill.and my daughter needs.me.at home as.She is.also.ill. She said your daughter said the same tjing, she would rather continue caring for you, at home whilst waiting for care than you go int I a home! I said I know! So why are we having this conversation then! They still didn't discharge me!
Then all over the weekend I kept asking to go home and they refused,said they couldn't get in touch with my daughter, if I wanted to self discharch, I would have to get myself down to.reception,.and get a taxi!
I am fully hoisted, and ambulance isn't allowed to bring my wheelchair to the hospital and I need a chair that tilts and has a harness on it for safety! Therefore need a stretcher ambulance to get home and they said if y I I self discharge it your responsibility though,. We can't get u an ambulance because I have chosen to go home to an unsafe place and we can't guarantee anyone will be there!
Firstly !I daughter is there as doesn't go out,hospital  already decided, I am competent to make my own decisions so no safe guarding issue.otherwise you would and should have got panel like threatened to.do last year.but didn't as you knew you were wrong then too!
Basically they eventually discharged me on tuesday! Then they still tried to tell my social worker I discharged myself, oh and they rang my daughter up 5 minutes.before.I arrived home to tell her I was in the way! Yet at the weekend that was one of the reasons I couldn't go, because they supposedly couldn't find her number!

So sorry about long message.but it is about the fact they deliberately took away my liberty to allow.me to come.home, without having any legal.power on their side to do so. They lied to me.about what my daughter said, they lied to her as well, we only find out the truth, when we spoke to each other directly at home later on.
We.are.just so tired of being let down by everyone.

The biggest joke is,.They came to see about sorting out some of the care to help us, as they said it was so important, asked my daughter to make any changes, needed to the care plan and the lady would pick it up a few days later and get it sent off so they could get the care sorted out.

As.usual didn't hear anything, Over a week later,.gets.an phone call.asking how.She has been, saying not to worry, doesn't matter that my daughter has put loads.of effort into making notes on the care plan or anything! The lady had already changed it loads herself, making it sound like, my daughter will keep helping even though we've said she needs a break as she is ill as she also has same condition as me and many more beside. so now she has to change it all again, the lady then went on say she had just enjoyed a nice few.days break!

So these people.not think how they come acreoss! I get the are entitled to leave, but when they tell you they are going to sort your care care out as a matter of urgency n cause you have been let down so many times, your family,.is exhausted, the hospital.has just broken the law, and caused you both more distress, and when you think someone finely gets it and they are trying to get things sorted for you and that is why they haven't been in touch, you discover,.They have.just been on a break again, once again leave.your daughter caring 24 hours a day 7 days a week. When they promised they would at least sort out night care.as a.matter.of priority!

SOrry, getting it all off my chest but between, nhs and social services letting us down over the years it is frustratin g.

I don't even go into hospital now until I become critically unwell because we don't trust them, I feel safer at home but again that is more pressure on my daughter, I am just lucky she is so amazing.

I am and I with the hospital though, I don't understand what their motive is. It isn't like they even treat disabled patients, with respect or dignity. They never actually spoke to me properly about their decision either.

Thank you for listening.

I just need to figure out the next step in the complaints procedure now.