PIP REVIEWS — Scope | Disability forum
If we become concerned about you or anyone else while using one of our services, we will act in line with our safeguarding policy and procedures. This may involve sharing this information with relevant authorities to ensure we comply with our policies and legal obligations. 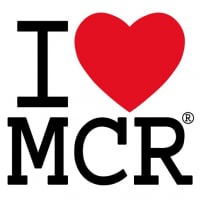 mollypeppa Member Posts: 42 Connected
June 2020 in PIP, DLA, and AA
This is quite long, and have had mixed information from Internet, and also what's going on with the virus. If anyone can help.

In 2016 I transferred from dla ti pip, I only got 11 points care no mobility, I was reviewed in August 2018, and no face to face, for second time, was awarded enhanced on both, with a review to take place after 27th May 2020, enhance was backdated to August 2018 on both components, then in March last year I was awarded a few thousand pounds because of the mobility ruling for mental health, this was from November 2016 to August 2018,I remember the first review form in 2016, bang on date as its 12 months before an award ends, the gov says all reviews, reassessments and face to face are on hold until middle of June, probably why I've not had the form, I think I read a few month ago that reviews are being done six months before an award ends and not 12, my award was done on 27 November 2018,so I unsure if it will be November or as soon as they are confident sending review forms out, also is it true that the points description has changed from two points to one for using aids? If so a lot of people will lose out,

The back step has been repaired but a bit high up, two rails will go in soon, I have grab rails on toilet, the bath, a shower board, bed rail, an extra stair rail fitted, I also have a shoe horn, a picker grabber,also a urinal bottle for in the night, sock puller which is annoying, all provided by occupational therapy, and telecare alarm going in on Monday with a fob and keysafe, I use a walking stick in house, but when out I use special designed arthritic crutches, things are getting hard, I struggle on days with slightest thing, I also have hidradentitis Suppurativa a rare skin condition which is not nice, and need help to dress ect when it flares up, this is more so now as to arthritis, I would not wish this on anyone, I'm 42, male, I am getting referred to bone specialist nertxt  week, by gp, I can't have hip replacement till I'm 50, as the law states, I already have depression with psychotic episodes, the other week I thought, no hips equals wheelchair, then was gonna topp myself. I am married so my wife helps,

What constitute an aid? A bed rail to dwp is not an aid, not sure of outside rails ect. I'm pretty sure an aid which has Been provided by NHS or occupational therapy will constitute an aid, rather than someone buying them for the necessity of just using them, for convenience. As for the crutches, occupational therapy asked if I had walking aids which I explained as they do not provide them, I explained what I had, perfect, she said.

I am under the care of the cmht and waiting for a care coordinator since Jan,because of past childhood trauma, I am on medication, same medicine since my last pip revirws so nothing changed apart from the psychosis I was diagnosed with in December last year, and the arthritis, I have asthma too, and various other things, not too serious though. I cannot walk from front door to back garden with or without an aid as of uneven ground, gp said in Feb, 3,6,12 months, not decades, seems like a rapid form of arthritis but I've not been told officially,

it's strange why it got referred to occupational therapy first and not a specialist first. Cooking is a pain  because of balance, I've not got a perch stool from occupational therapy as I explained my wife cooks but I do try to help, I can't use knives because of the trauma I suffered as a child and a teenager, and have suicidal ideation at times when in the kitchen, and meds I'm on distort my thinking, and concentration, quetiepine, mirtazapine, others too, I feel like I'm useless and it's gonna get worse, gp in Feb was going to give me opiods but didn't as to medication I'm already on, is osteoarthritis of both hips a medical condition for dwp? I know it's about how it affects you, I have the xray results, and other proof, mental health ect