Repercussions of withdrawing my PIP claim after successful appeal — Scope | Disability forum
Find out how to let us know if you're concerned about another member's safety.
Read our community guidelines and our community house rules.

Repercussions of withdrawing my PIP claim after successful appeal 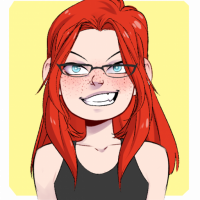 cassiet Member Posts: 5 Listener
July 2020 in PIP, DLA, and AA
I had a telephone review of my PIP claim in April, and their decision was to end my PIP claim after scoring me zero points (my last claim I was awarded 16 points). Unsurprisingly, I took it straight to mandatory reconsideration because their decision was outrageous and the report I received was shoddy to say the least. I'm still waiting for their response. However, I am thinking long and hard about ending my claim once they've come back to me with their decision, regardless of what it is. Without PIP I will just about be able to get by, and though it won't be pleasant, I've been dealing with their demeaning, exhausting, and frankly corrupt system for a decade and I just can't do it anymore. The constant dread and uncertainty is doing more damage than good now and I'd rather be struggling financially and free of them. My main question is this - if they review my mandatory reconsideration and decide to reinstate my award (partially or fully), then they will owe me a lot of backdated payments. If at that point I contact them to say "okay, now I want to end my claim", is there any chance they'll take that as some kind of indicator of fraud and open an investigation into why I "suddenly" decided I didn't need PIP? The DWP have treated me like cr*p for 10 years and I'm damned if I'll withdraw my claim before their decision and let them keep all those backdated payments that I was fully entitled to, but I really just want out after that. I can't take it anymore. Short version: if they reinstate my claim, give me the money they owe me, then I tell them (politely) to take a hike, can they take the money back?