It’s time for dementia to be seen as a disability — Scope | Disability forum
If we become concerned about you or anyone else while using one of our services, we will act in line with our safeguarding policy and procedures. This may involve sharing this information with relevant authorities to ensure we comply with our policies and legal obligations.

It’s time for dementia to be seen as a disability 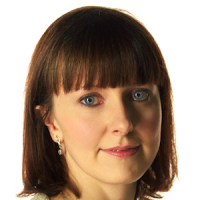 Beth Britton is a former carer turned award-winning writer and social care consultant who specialises in ageing. In this blog she explores her personal experiences of her father’s dementia and how it progressed over nineteen years.

When people living with dementia were granted access to the Blue Badge car parking scheme in August 2019, many activists viewed this as a small step towards dementia being seen as a disability. The link between disability and dementia is something that many of us with personal experience of dementia have always advocated, but in the wider world dementia is still primarily seen as ‘memory problems’ and a normal part of ageing, which of course it isn’t.

My experiences with my dad

I know how disabling dementia can be for a person having watched my father live with vascular dementia for nineteen years. To begin with he had tiny strokes known as TIA’s (Transient Ischemic Attacks) that disabled small parts of his brain. As that process accelerated, he also had a larger stroke and began to experience physical disabilities too.

Over the last nine years of his life my dad’s condition deteriorated. He went from a man who was walking, talking and able to independently eat and use the toilet, to a man who was immobile. He had virtually no speech, needed support with eating, drinking and all aspects of his personal care, and was doubly incontinent.

Taking dad out in his wheelchair and supporting him in cafes to eat and drink often elicited stares and sometimes even hushed comments. I imagine this is something many disabled people experience and something I also discussed in my G8 Dementia Summit film. I think most reactions were borne out of sympathy, but there was also an element of discomfort - perhaps even disgust - to see a grown man requiring such support. 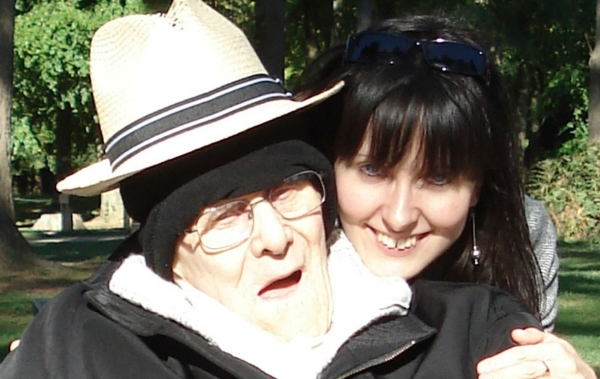 Dementia as a disability

In the end, my dad was hugely disabled by his dementia, but for people in the much earlier stages of their dementia it is largely a hidden disability. If a person can still walk, talk and look after themselves, most people assume that they are coping as well as anyone else in society. Strangers don’t see the daily struggle to remember how to do the simplest tasks, the exhaustion that such remembering often causes. Not to mention, the time it may take the person to do something that previously would have been accomplished quickly and all of the emotions that go with that.

The fear for the future, the feeling of failure, the wondering “Why me?” or “Why us?”.

All of these experiences mean that dementia is very much a disability, even from the early stages. For these reasons advocates and activists whose passion is dementia, and who in many instances are living with dementia themselves, won’t give up the fight to have greater recognition of dementia as a disability.

Many of us are hugely inspired by the life-long work of numerous disabled people in championing their needs and rights. Therefore, it seems appropriate to pose a simple question to Scope’s supporters, how can we move forward?

To keep up with Beth’s work you can check out her website and portfolio.

How do we ensure dementia is seen as a disability? Do you have any experiences to share? Let us know in the comments below!