Appalling care from A&E — Scope | Disability forum
If we become concerned about you or anyone else while using one of our services, we will act in line with our safeguarding policy and procedures. This may involve sharing this information with relevant authorities to ensure we comply with our policies and legal obligations. 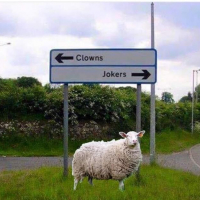 I’ve been trying to cope with chronic pain for years now but last few months have been the worst.
Back, shoulders, both knees and now a tooth extraction that refuses to heal.
On Saturday just gone my wife in desperation called 111 and they dispatched an ambulance.
After about an hour they managed to convince me to go with them to the local hospital (Royal Free in London) they promised that I would be admitted and given something for the pain and the panic attacks I was experiencing due to lack of sleep. That I would be put in a comfortable bed and allowed to rest and recuperate. I told them I didn’t want to go because I thought I’d be left on a trolley somewhere and sent home after a couple of hours and some mild pain relief.
Well.
Turns out we were both wrong.
I was left on an agonisingly hard trolley and after a brief visit from a Doc who left promising pain and a consult with a senior doc about admitting me. I was left there for 4 hrs!
No pain relief and no one would help me..
I asked countless times for some pain relief and in the end to be just let go so I could go home.
Nope!
Because when I was in mid panic attack I’d said “it hurts so much I want to die”

this apparently meant I was suicidal..

no one could find my doc and no one could move me, give me pain relief or even let me go home!
I remember crying and begging them to help me but oh no.. not until the doc who had first seen me could be found.
When she was eventually found and told me I was being discharged I was forced to go to a mental health centre before being allowed to go home.
(In considerably worse pain than when I arrived)

I called my gp surgery on the Monday and am now laying here now on my sofa on day 3 of a new pain killer/anti anxiety medication still in pain but trying to feel more positive as I slowly learn to control the dizziness caused by the painkillers.
All still hurts and the anti anxiety/sedition medication isn’t strong enough to put me to sleep but it’s better than being in A&E.

anyone else have similar stories about A&E?