PIP COMPLAINTS CONTACT DETAILS — Scope | Disability forum
Find out how to let us know if you're concerned about another member's safety.
Read our community guidelines and our community house rules. 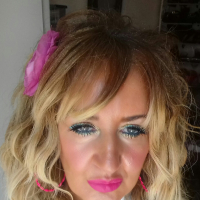 tina1148 Member Posts: 20 Connected
October 2020 in PIP, DLA, and AA
Does anyone know the email address or phone contact details of where to send PIP complaints or is it ATOS?
0 · Share on FacebookShare on Twitter