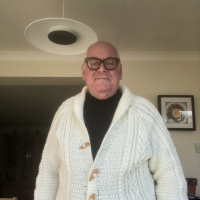 Delbasid Member Posts: 9 Listener
December 2020 in Coffee lounge
I have found a great outlet for myself since I moved up to Oxfordshire from West Sussex. Joining Age UK as a phone friend is something I look forward to every week. Having three phone friends is really interesting as mainly I get quizzed on what I have been up to! I also have been involved in volunteer driving which really keeps me so busy. I chose to become a Voluntary driver as I used the system when I lost a leg in a motorcycle accident and am only too pleased to give my time back. I drove just under a 100 miles today alone. Giving is great.