Hi, my name is OnMyLastNerve! I'm unable to visit my husband in hospital due to Coronavirus — Scope | Disability forum
New to the community? Remember to read our community guidelines and our community house rules.
Concerned about another member's safety or wellbeing? Find out how to let us know.

Hi, my name is OnMyLastNerve! I'm unable to visit my husband in hospital due to Coronavirus 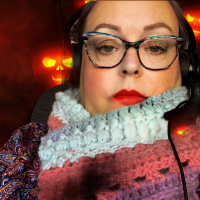 OnMyLastNerve Member Posts: 3 Listener
December 2020 edited December 2020 in Cerebral palsy
I am a carer to my husband born with CP.

He is currently being held captive (!) in hospital following a bout of Sepsis, and I am terrified!

I know he is in the best place but oh Lordy do I feel useless, I can’t visit currently as they have had positive COVID tests on his ward in the last 7 days. He is clear currently but at 64 with COPD CP and recent Sepsis I’m on edge the whole time.

I just wanted to say Hi, and I look forward to chatting with you and I promise I’m not normally quite so dramatic 😉