Working from Home in Sheffield? 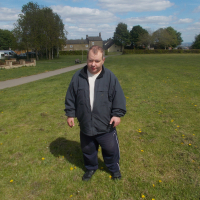 I rang the Housing on Wednesday and asked the question, and as long as I'm working for someone else and not my own Business I can work from Home from the Flat.

Without just telling me to use Google, does anyone know of any good work from Home jobs available in Sheffield, England? Cold calling isn't an option,  as constant calls would send me daft.