I am a county cricketer - what's your involvement within sport? — Scope | Disability forum
If we become concerned about you or anyone else while using one of our services, we will act in line with our safeguarding policy and procedures. This may involve sharing this information with relevant authorities to ensure we comply with our policies and legal obligations.

I am a county cricketer - what's your involvement within sport? 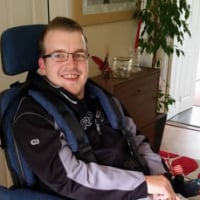 I am been fortunate to have represented Hampshire within their disability cricket setup since 2005 when i was 13. I love the social aspect as well as being part of a team environment. i will confess though, i am ultra competitive.

I have also tried my hand at Boccia where i win a silver medal at a Hampshire special school festival and power chair football although i suffered a nasty injury courtesy of an over enthusiastic 11 year old so i gave up playing.

What are your experiences? What activities do you enjoy doing -- and why?
Tagged:
0 · Share on FacebookShare on Twitter