NEWS REGARDING DISABLED PEOPLE TO CHANGE TO UC — Scope | Disability forum
If we become concerned about you or anyone else while using one of our services, we will act in line with our safeguarding policy and procedures. This may involve sharing this information with relevant authorities to ensure we comply with our policies and legal obligations.

NEWS REGARDING DISABLED PEOPLE TO CHANGE TO UC 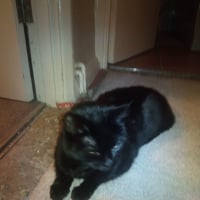 charlie79 Member Posts: 242 Pioneering
January 2021 in Disability rights and campaigning
I have read on the news that the government has lifted a a ban and changed the law on moving people with sdp onto uc from olds legacy benefits. Its covid I am housebound and no support services do i have to change to uc. I am housebound at my witts end and my mental health is flying in all directions. Please can someone advise me.. pleeeaassse