Gaming groups — Scope | Disability forum
Find out how to let us know if you're concerned about another member's safety.
Read our community guidelines and our community house rules. 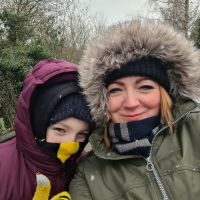 Mylittlesuperhero Member Posts: 5 Listener
February 2021 edited February 2021 in Coffee lounge
Hi, does anyone know of any gaming groups my 11 year old can join on xbox or ps4, he has a couple of friends he plays with online from school but they always end up arguing and think he's being rude when he gets angry at a game or annoying when he repeats phrases or big headed when he gets excited about winning something or completing a challenge.  Some have now stopped playing with him and it's heart breaking,  there is no other socialising at the moment and I don't want him to think this is it and there's no one out there like him to play with, who gets when he has a mini meltdown at a game.   I've no idea about online gaming I just know he says it makes him feel happier and he likes games because it helps get his anger and anxiety out.  Any suggestions?