Visual loss and zero points — Scope | Disability forum
If we become concerned about you or anyone else while using one of our services, we will act in line with our safeguarding policy and procedures. This may involve sharing this information with relevant authorities to ensure we comply with our policies and legal obligations.

1eyebandit Member Posts: 6 Listener
March 2021 in PIP, DLA, and AA
I had a lazy eye most my life and despite patching as a child my vision never improved. In 2019 I had an accident resulting in me losing sight completely in my right eye, my ‘good eye’.
This has been a huge adjustment for me and
while my depth perception was bad before, it’s now 100x worse.
I was a chef before and had to give that up entirely. I’ve cut many fingers trying to cook, suffered burns, dropped/smashed/cracked more things than I care to count. My wife now does all of our cooking but even my eating is off. I’ve fallen getting into the bath when I’ve mistepped. I had an ambulance out over Christmas as I attempted the stairs alone as my wife was in the bath and I fell quite spectacularly.
We’ve been isolating since March due to my wife’s immune condition but so other than to hospital I’ve not gone out so don’t know how it’ll impact me but I can’t even play catch with my kid any more because I always missed the ball. My legs are bruised all over from walking into things. It’s stupid to admit but I’m going to feel vulnerable outside and don’t think I’ll go out alone ever again.
The worst part is that the report insinuates I’m lying and says along the lines of  “while I acknowledge the catalogue of injuries resulting in treatment, there is no evidence these are of a result of the conditions reported”. Short of filming myself trying to cook or walk around I don’t know what else to do.
Is it a case of visual impairment doesn’t meet criteria unless it’s complete blindness in both Eyes? 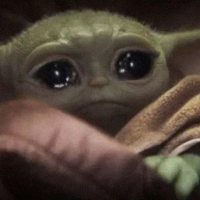