pip benefit, dwp high court loss ,change for people with mental health,back payment for people? — Scope | Disability forum
If we become concerned about you or anyone else while using one of our services, we will act in line with our safeguarding policy and procedures. This may involve sharing this information with relevant authorities to ensure we comply with our policies and legal obligations. 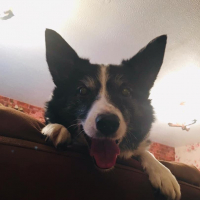 mrpip2002uk Member Posts: 61 Connected
March 2021 in Disability rights and campaigning
hi,my wife put in for pip for her mental health and was refused,but after the dwp highcourt loss which meant people with mental health could claim pip,she put in for it again and was awarded  high rate pip for both parts?
it was said that anyone who was refused pip for mental health problems before the dwp high court loss would have their previous claims reviewed again,and could possibly have their claims back payments?
but its 2021 now and my wife hasnt heard anything from the dwp about reviews or backpayments,since 2018 i have written to the dwp about this 3 times but havent even had a reply from the dwp.
can anyone help with the exact rules on these pip repayments and pip reviews,and what i can do to look into it for my wife?
kind regard  john
0 · Share on FacebookShare on Twitter