PIP after appeal — Scope | Disability forum
If we become concerned about you or anyone else while using one of our services, we will act in line with our safeguarding policy and procedures. This may involve sharing this information with relevant authorities to ensure we comply with our policies and legal obligations. 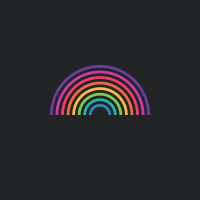 So my appeal recently went to a paper-based tribunal (18th March) for my claim from February 2020. It resulted in them awarding me 4 points daily living and 12 points mobility, giving me only enhanced mobility. I'm as okay as I can be with that as I don't really have the energy to go through a PIP award intervention to try and get what I feel I'm entitled to based on my conditions at present. I also don't want to risk losing what the Judge has awarded me until 2023.

However, I do have a few questions that I was hoping some of you may have answers for, and any that can't be answered I will have my mum call PIP and ask about

On the Friday (19th March) a lady from PIP called to talk about what would happen next, I suppose. She told me what my award was as they received the paperwork before I did the next day. I had another claim ongoing from December 2020 because I was worried I wouldn't get anything at the tribunal and had a stronger case with worsening progression in my conditions. However, because I was awarded EM after the appeal, the new claim, understandably, had to be withdrawn so they could either start an intervention or move forward.

Since she called to find out whether I wanted to challenge the decision or stick with the award does that mean they're not going to ask for a statement of reasons and see if they want to appeal? I have growing concerns over this. She also said I would be paid within 2 weeks, which I again keep worrying about because a lot of people say it takes between 4 and 8 weeks to get the backdated payments and the new ones to start.
She verified that my bank details were still the same and said she would get it sent through to the payment department.

Also, does anyone know when I will receive my award letter at all?
I'm hoping to apply for a motability vehicle as the car I have isn't suitable for me (I have a manual but due to leg weakness I need an automatic) and I have horrendous issues with it breaking down. Not having to worry about this would bring a great amount of stress relief. However I don't know when I can get that started as although I know I've been awarded this by the tribunal, and have the papers, I don't have confirmation from PIP themselves except that phone call.

TIA for any help!