Car Lease Outside of Motability — Scope | Disability forum
Find out how to let us know if you're concerned about another member's safety.
Read our community guidelines and our community house rules.

Car Lease Outside of Motability 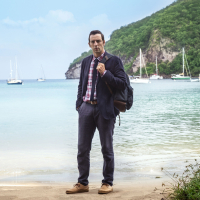 OverlyAnxious Member Posts: 1,736 Disability Gamechanger
April 2021 in Motability, Blue Badges and disabled motoring
Does anyone lease a car on PIP/ESA outside of Motability?

I've had a nightmare with cars recently.  I need a very specific type of car due to my conditions but don't qualify for Motability.

I was wondering if there was any way I could contact 'someone' within PIP (no idea who!) to explain my situation and get something in writing allowing me to lease a car using some of my daily living PIP without it being classed as deprivation?

My car is my only means of transport as I cannot use any form of public transport, taxis or lifts.  Even in my own car I can only cover short distances on smooth roads on good days and at certain times.  I need a car that I can use reliably to get to the supermarket as well as medical places in order to have any chance of treatment in future.  On top of the physical stomach problems and vertigo that I experience in moving vehicles, I am also agoraphobic and could not cope with a vehicle breakdown (and especially not a ride in a recovery truck).  Plus I suffer from severe contamination OCD, especially around bodily fluids, making any used vehicle very difficult to deal with.  They all seem to have been used to transport leaky pets and children unless I'm just very unlucky with used purchases!

I have had many used cars over the years due to financial restriction which have never really been helpful, and in many cases made things worse due to a rough ride or a lack of mechanical reliability.  Since receiving PIP I've been exploring various options including outright purchase of nearly new vehicles (and realising people on short leases don't care about them), and financing a brand new vehicle which looked ideal on paper but has turned out not to be smooth enough for me to even get a couple of miles to the supermarket - I will lose a considerable amount of money on this one which I am extremely frustrated by.  So it seems my only option left is to try leasing, but I don't want to find out after a few months that it isn't allowed and then end up back at square 1 again, as well as having to pay back money spent on a lease.

I am also unable to use telephones so need to be able to email whoever it is that has enough to power to confirm these things.