Tablet , I pad, phone . TV — Scope | Disability forum
Read our community guidelines and our community house rules.
Find out how to let us know if you're concerned about another member's safety. 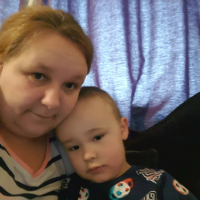 healeywilliam24 Member Posts: 24 Listener
April 2021 edited April 2021 in Autism and neurodiversity
My son william is 4 and has autism , he is obsessed with technology he constantly has to have some form of it and uses more than one at once 2  , when we try to take it off him he hurts himself not always but we do struggle and I'm scared he's gonna really hurt himself... we do have set times he uses them to and he does play nicely but his main focus is technology.. do I just let him have them cause its what he enjoys doing? Do I try and limit it more everyday? He's good when he's out and about doesn't have it . Any advice please worried hes always gonna be this obsessed ?
Tagged:
0 · Share on FacebookShare on Twitter