Warnings on alcohol — Scope | Disability forum
New to the community? Remember to read our community guidelines and our community house rules.
Concerned about another member's safety or wellbeing? Find out how to let us know. 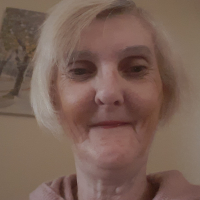 lisathomas50 Posts: 4,584 Disability Gamechanger
May 4 edited May 5 in Coffee lounge
Should there be warning labels on alcohol  like there is on tablets  and tobacco  and energy drinks  alcohol damages health
Tagged:
0 · Share on FacebookShare on Twitter