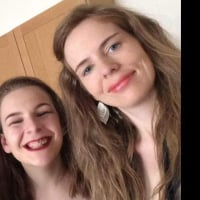 Karawen Member Posts: 37 Connected
July 16 in PIP, DLA and AA
I had my PIP decision letter this morning, refused as expected.  I haven't gone through it in any detail yet but I will a bit later.

As I had the assessment report, I was expecting this result so I'd already decided to take it to MR.

I've booked for a private physio session next Friday to get an assessment report, finally been referred to my local neuromuscular centre (I'd moved Counties before COVID and somehow my self-help pack that I'd handed in to my new GP surgery (at their request) has been lost/ destroyed, of course I didn't realise this until I was gathering evidence for my original application) and have been referred to physio also, so that's all positive at least.

I've also reached out to Muscular Dystrophy UK and they're helping me with my MR.

I don't feel as though the assessor understood my condition at all and perhaps I should have explained things better, who knows.

Although a setback in terms of the initial decision, I'm confident of it being overturned at least if not at MR, then at Tribunal.