Have a newly qualified SW trying to change a long-standing care package. She has no knowledge of CP 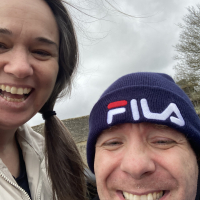 BigSis1 Member Posts: 7 Listener
July 16 edited July 19 in Cerebral Palsy
Hello lovely people. I m not sure if this the right forum but I m desperate and don t know where to turn for support/advice. Basically on behalf of my brother (it’s just me next of kin). Suddenly we have a newly qualified SW trying to change a care package that’s been in place for no less than 17 yrs !!!! She clearly has no knowledge of cerebral palsy etc. It’s a nightmare, it’s caused him so much stress and anxiety already, only had the meeting on Tuesday. I m looking at everything care act etc. Just be good if anyone else has had the same experience. BigSis1
Tagged:
0 · Share on FacebookShare on Twitter