Will you be watching the British Grand Prix? — Scope | Disability forum
If we become concerned about you or anyone else while using one of our services, we will act in line with our safeguarding policy and procedures. This may involve sharing this information with relevant authorities to ensure we comply with our policies and legal obligations.

Will you be watching the British Grand Prix?

To mark this, we wanted to share this article from ThePitcrewOnline celebrating disabled drivers. I've picked out a couple of the drivers from the list and posted them below, but I'd definitely encourage you to check them all out yourself too

In any sport it’s an incredible feat to be able to compete whilst having a physical disability. Motorsport is one of those sports where the differences between a driver without a physical impairment and drivers who do, can be highlighted in some areas but can be completely unnoticeable if you weren’t aware of a driver’s disability beforehand.

To mark International Day of Persons with Disabilities, we decided to talk about a few drivers who are breaking down barriers in racing for those with disabilities.

After great success in karting, Billy Monger was competing at Donington in British F4 in 2017. In race three he collided with a slow moving car and his legs were buried in the wreckage. He was extracted and airlifted to hospital, but unfortunately had to have his legs amputated.

But this didn’t break Billy Whizz’s spirit. With the help of hand controls, Billy returned to single seaters in the 2018 British F3 championship, scoring four podiums and two pole positions to end the season sixth in the standings.

Billy moved up to EuroFormula the following year, where he achieved the seemingly impossible in a wet Pau Grand Prix. Making a clever call to pit for wets on the formation lap, Billy rose through the field to third then held his nerve in the tricky conditions to win after the two leaders collided.

You’ll see Billy as part of Channel 4’s F1 coverage, and he’s expressed interest in joining the new Extreme E off-road electric series for next year. I certainly hope this happens as Monger is one of the most inspiring individuals you could ever know and he deserves to race.

The first thing you’d think of is that he’s the brother of a certain seven-time F1 world champion. But the younger Hamilton has been making a name for himself for years.

Nic has had cerebral palsy since birth, resulting in physical impairments his whole life. But having initially gotten a taste for competition on video games (long before Esports was in the mainstream), he started competing in the BTCC-supporting Renault Clio Cup and then in European Touring Cars.

2019 however was when he finally got to where I feel he belonged, British Touring Cars. Seeing someone with cerebral palsy in the headline races on a terrestrial TV channel is incredibly uplifting to witness.

McGloin is a British racing driver who is also a tetraplegic. She injured her spine in a road traffic accident as a teenager and has been competing in the Porsche Sprint Challenge against able bodied men. She’s the only disabled woman in the whole of the UK to hold a race and rally licence in the UK, and competes with radial hand controls that she pushes forward to brake and backward to accelerate, meaning she steers with one hand at all times!

Not only has she managed many podium finishes in the Porsche championship (including an outright victory at Silverstone in 2018), she’s also the President of the FIA Disability and Accessibility Commission. Definitely deserving of a place on this list.

If you haven't already, I'd also strong encourage you to watch the documentary Driven: The Billy Monger Story (BBC iPlayer). 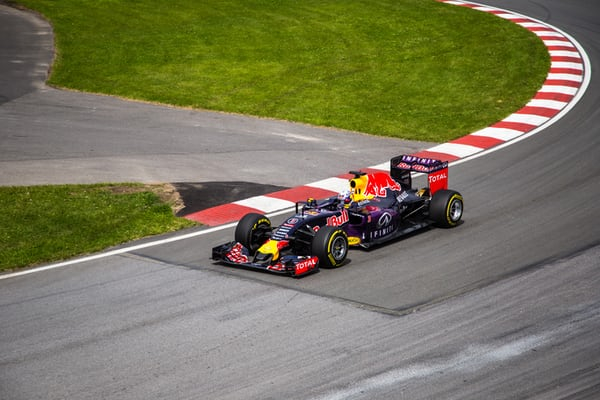 If casual driving is more your speed, you might like to check-out Scope's information and advice pages on all things driving. If you ever have any questions or thoughts about anything related to disabled motoring, you're also welcome to post here in the Motability, Blue Badges, and disabled motoring category.

Will you be watching the 2021 British Grand Prix this afternoon? Do you drive? Do you enjoy driving? Do you think there's enough recognition of disabled drivers? Let us know your thoughts

Want to tell us how we're doing? Complete our feedback form now.
0 · Share on FacebookShare on Twitter