Quick turnaround for report back to DWP 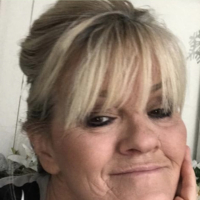 buffy6956 Member Posts: 3 Listener
July 19 edited July 20 in PIP, DLA and AA
Hi everyone
I had my independent assessment yesterday then this morning I received a text from DWP to say they have received my report. During my assessment I mentioned to the health care professional that on my latest sick note my doctor had included “social anxiety” as part of my reason to be unable to work alongside my heart condition and had included it now due to me being unable to attend face to face appointments again for UC. She said she would add that to the report. I then called DWP today and asked them if I needed to send the sick note as proof of my social anxiety before they made a decision. She said she would look on the report and see if my assessor had added it to the report then confirmed yes she has put social anxiety on the report. I then asked could I have a copy of the report and she said yes that is possible however to be aware that if the DWP were to query any of the report then it would have to go back to the assessor again and a new report would be made. I declined to have the report sent at this time. Does this sound like good news (I’ve been awarded PIP or bad news ? Your thoughts and input would be much appreciated thankyou
Tagged:
0 · Share on FacebookShare on Twitter