Hello everyone — Scope | Disability forum
If we become concerned about you or anyone else while using one of our services, we will act in line with our safeguarding policy and procedures. This may involve sharing this information with relevant authorities to ensure we comply with our policies and legal obligations. 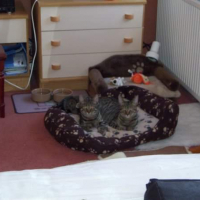 snailpace Member Posts: 66 Courageous
August 2021 in Start here and say hello!
Hi everyone, I joined last week and have posted a couple of times. I have complex hydrocephalus. I was diagnosed with hydrocephalus at the age of 9 months old. Though, at the age of 10 years old I went through a terrible time being seriously ill. The symptoms didn’t relate to the hydrocephalus and so the hospital wasn’t contacted but after months of backwards and forwards to the go. Then my grandad paying for a private specialist, then having district nurses for months, of which one of them finally spoke to my mum saying that something wasn’t right. My health continued to deteriorate and so my mum finally spoke to the hospital. As it happened just in time. I slipped into a coma and no one knew why. It was thanks to a junior nurse who was doing studies on uncommon diseases. The one I eventually found out I had was called shuntnifritus. Basically all my organs were packing up. My specialist said if I hadn’t gone in when I did I wouldn’t be here today. So now years later as well as the hydrocephalus I have CKD and high blood pressure. Though things could of been worse. I am proud of myself as I live independently, though I need support workers, which has been mentioned in earlier posts. I have 2 cats, who are house cats and when my health allows, I like to do card making. Hope everyone is o.k. Just an update to introduce myself. Thank you for letting me join.