short shory for an competion — Scope | Disability forum
If we become concerned about you or anyone else while using one of our services, we will act in line with our safeguarding policy and procedures. This may involve sharing this information with relevant authorities to ensure we comply with our policies and legal obligations.

short shory for an competion 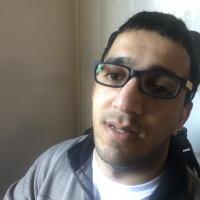 There was a young man called Richard, who had a great passion for drawing and exploring pictures that expressed his feelings and emotions. He developed this passion & talent through the difficult time of lockdown.

He had always enjoyed drawing. He had entered local drawing competitions but had faced a lot of letters of rejection. This did not get him down.

Richard did not let his disability stop him from following his passion for drawing. He worked each day on his drawing. He was dedicated to perfecting his craft; each day there were signs of improvement & his drawings were gradually refined without any mistakes.

Richard had found a renewed confidence to enter his artwork into local art competitions although he still received rejection letters saying that his artwork had not been selected this time. Richard never lost hope that one day his work would get the recognition he was looking for after the years of heartbreak he had received. He kept telling himself that it is important to use his failures as a learning experience and that is a way to hone his art skills to make himself even better.

One day, he received an opportunity to get his artwork seen at his local art gallery. Richard had worked day and night on his masterpiece. The artwork represented the importance of asking for help with your mental health. This allowed the artwork to be a fantastic way to get his work seen by a wider audience. So many people gave fantastic comments like, “Such an inspiring piece of artwork”.  ,

Richard hoped this was the springboard his drawing and work needed to enable his art and drawing career to flourish like a beautiful flower as knew it was the first step on a long road if he wanted to go places with a drawing and art career.

This seemed to open many gateways for Richard to opportunities he had not received before to get his drawing and artwork seen. He had so much courage and a positive attitude to keep moving forward with his art and drawing career, whilst he kept learning and improving with his art and drawing work by watching Youtube videos on other artists giving tips on how to become a fantastic artist. Richard wanted to add a bit of oil colours to his pencil line drawings. This gave his artwork and his line drawings the desired effect he was looking to give his artwork as his work now got a global audience.

Richard decided to use the money from selling his artworks and the profit made he used to set up an art group for anyone who had a love for art and drawings to help to develop their art and drawing career like his.

The first few weeks saw only a few people attend the art and drawing group but also Richard advertised and promoted the group. This got many people interested in art and drawing. The group had some people of all abilities and ages, and multicultural backgrounds. There were some elderly people who attended the group and they found they were able to learn a new skill: how to create their own line drawing and using oil paints to make their artwork look very colourful.  This stopped them from feeling lonely, whilst they were able to make new friends and find passion.

Richard received an award for the fantastic work his drawing and painting groups had given so many people of all ages and ability, creating masterpieces whilst building friendships and showing that all the members of the group that have a hidden talent.

Newspaper articles appeared in local and national papers about how his art group helped to reduce your stress and had a positive effect on the members mental health. This gave Richard an idea to enlist the help of his friend called Simon to help him to set up art groups in the UK. This enabled more people to find their inner security and peace with themselves while they learnt the skill of line and how to use oil paints to make their line drawings stand out.  This seemed to give people some insight into people's feelings and emotions through the use of art.

Richard was glad he was able to share his talent for line drawing and using oil paints to make their artwork stand out. He says drawings are a great way to express your voice through your artwork.

Richard was nominated for an award as he had helped many people up and down the UK to show the power of art and Richard received so many messages on social media thanking him for sharing his knowledge and experiences that he had gained through line drawing and using oil paints.

Richard said, “My artwork is getting seen on all social media platforms now, my line drawing and artwork and oil paintings are created by using different techniques to make them better every day”,

Richard said, “It doesn’t matter how many times you struggle if you take the time to learn that craft is your passion. Don't let your doubters get you down and look on the bright side and though sometimes you may feel like giving up on your dreams it is important you don't let the fire inside you go out. It’s important we let our creative talents shine through letting our creative juice flow. It’s important to suppress our creative abilities from achieving our little milestones on tough days and handles to overcome before you will succeed one day your ambitions will come true one day. If we keep working at our craft each day to perfect my craft of art, it would take many years of failures before his success comes.