Home › Scope's online community What benefits am I entitled to?
If this is your first visit, check out the community guide. You will have to Join us or Sign in before you can post.
Concerned about another member's safety or wellbeing? Find out how to let us know.

Am i entitled to anything? 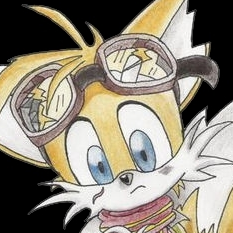 GasCat Member Posts: 3 Listener
September 2018 edited September 2018 in What benefits am I entitled to?
first apologies this may be a bit of a long post. i have a small collection of issues so i guess running through them is the first job, i suffer recurrent spontaneous pneumothorax which was put down to a connective tissue disorder, i was talked into an operation (VATS) to help stop the collapses, during that operation the nerves to my right hand were damaged severely limiting my range of movement and leaving me in rather severe pain. since then i have also been diagnosed as Aspergers Autistic and ADD (Inattentive)

I have always worked in the past but could only hold a job for any reasonable amount of time if it was something which took my interest, initially i was an electronics repair engineer until my hand was damaged after which i ended up working a very niche software job which i was very good at however i was made redundant and the job doesnt really exist anymore.

since then i have applied for an incredible amount of jobs and attended dozens if not hundreds of interviews but still failed to get a new job (im currently basically homeless, living on sofas etc) The people around me have told me i should apply for for some sort of benefit but i dont believe id be entitled to anything as i have worked in the past, regardless of what my job was i did it therefore im capable of work and surely wouldnt be entitled to anything, am i right or should i apply for something? its not something id ever have considered before but im genuinely struggling to get anywhere on my own and running out of ideas at this point
0 · Share on FacebookShare on Twitter